Skip to content
You are here: Adkins History > When There Were Birds *NEW*

Our latest book, When There Were Birds: The Forgotten History of our Connections, is published in hardback by Little, Brown (ISBN 9781408713570). It is also available as an e-book.The audiobook, wonderfully narrated by John Telfer (of ‘The Archers’), is also available.

For those who care about the environment, our book provides essential information about how birds fared in the past.

When There Were Birds is 488 pages long, with black-and-white plates, and a gorgeous jacket design that illustrates some of the topics in the book, from quill pens to cage-birds, hunting and shooting, cockfighting, weathercocks and feathers used in millinery.

“a page-turner … a very good read and I recommend it” (Mark Avery: Standing Up for Nature) 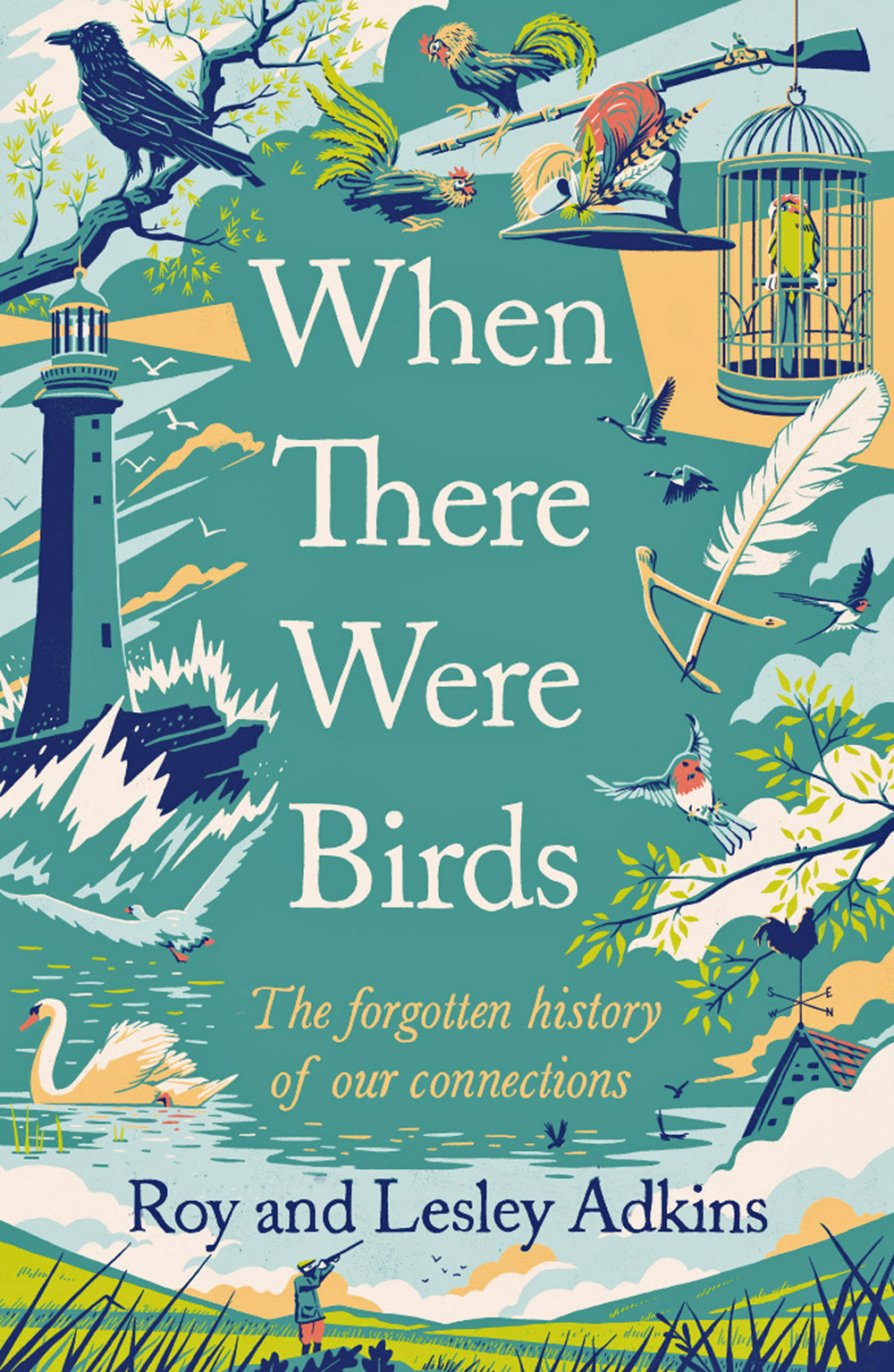 Birds are a joy and solace in troubled times, as well as a reminder of past experiences and a symbol of hope for the future. For centuries, they were also seen as a source of food, feathers and even fuel, and being so numerous, many were persecuted as pests. When There Were Birds is a social history of Britain that charts the complex connections between people and birds, set against a background of changes in the landscape and evolving tastes, beliefs and behaviour. Birds were once key elements of the nation’s history, traditions and sports, and this gave rise to a rich legacy of literature, language and myths.

No other group of animals has had such a complex and lengthy relationship with humankind. Birds have been kept in cages as pets, taught to speak and displayed as trophies. More practically, they have been used to tell the time, predict the weather, foretell marriages, provide unlikely cures for ailments, convey messages and warn of poisonous gases.

Although very familiar, birds have often seemed strange, sinister and alarming. With their ability to fly, they bridged the gap between the earth and the heavens, and superstitions were rife because they were presumed to be linked to the supernatural. When There Were Birds draws together many disparate, forgotten strands to present a story that is an intriguing and unexpectedly significant part of our heritage.

Most of us can barely imagine the sky being blackened with flocks of birds, or watching a mile or so of rooks heading home to roost, and yet most of us can remember our vehicle windscreens being splattered by insects on long journeys. The collapse in insect numbers is of course catastrophic for birds, so we are hoping that When There Were Birds will help draw attention to what has been lost and depict the fascinating forgotten history of how all kinds of birds once played a role in people’s lives. 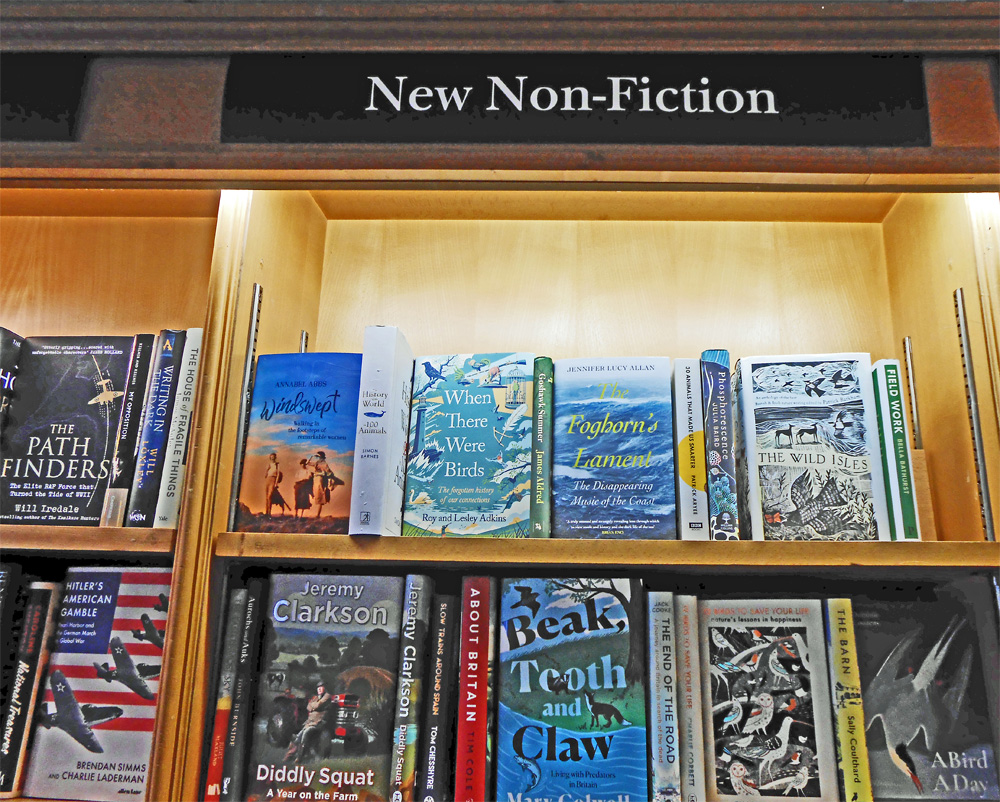 See the wonderful video review of the book  here (you can click ‘skip the adverts’). It was filmed by Guy de la Bédoyère on his YouTube channel and gives a brilliant summary of the book.

“Unusually for a book about nature, the species in question … is ours” (Horatio Clare, The Spectator)

Robins and their nest in a glazed jar, illustrated in 1923

by Roland Green, Fellow of the Zoological Society

A huge feather industry once existed, which may sound cruel, but for the most part was far more sustainable than many artificial materials used today. Alas, there were exceptions, such as the dreadful slaughter of birds for feathers used in ladies’ hats. Huge flocks of geese were kept for the crucial quill pen industry. Geese were also raised for eating, and after being killed, their down and feathers were plucked, which (being water fowl) were highly prized for all sorts of bedding, such as mattresses (‘feather beds’), pillows and quilts.

An advertisement for feather beds from The Graphic in October 1883,

The publication of our book took place in the same week as the COP26 conference in Glasgow (which was 31st October to 12th November 2021). This was very fitting, as we try to show how birds once fared in Britain and beyond, with huge numbers that are now inconceivable. It is essential reading for anyone wanting to know the sort of birds and the numbers of birds that it was once possible to experience on an everyday basis, without having to visit specialist nature reserves. COP26 was the 26th gathering of the Conference of the Parties, the signatories of the United Nations Framework Convention on Climate Change. This was a treaty agreed in 1994 and has 197 Parties (196 countries and the EU).

Peacock feathers are beautiful, and they were highly prized by some as ornaments, but other people refused to have them in the house and were even terrified of them, a belief that extended right across the country. 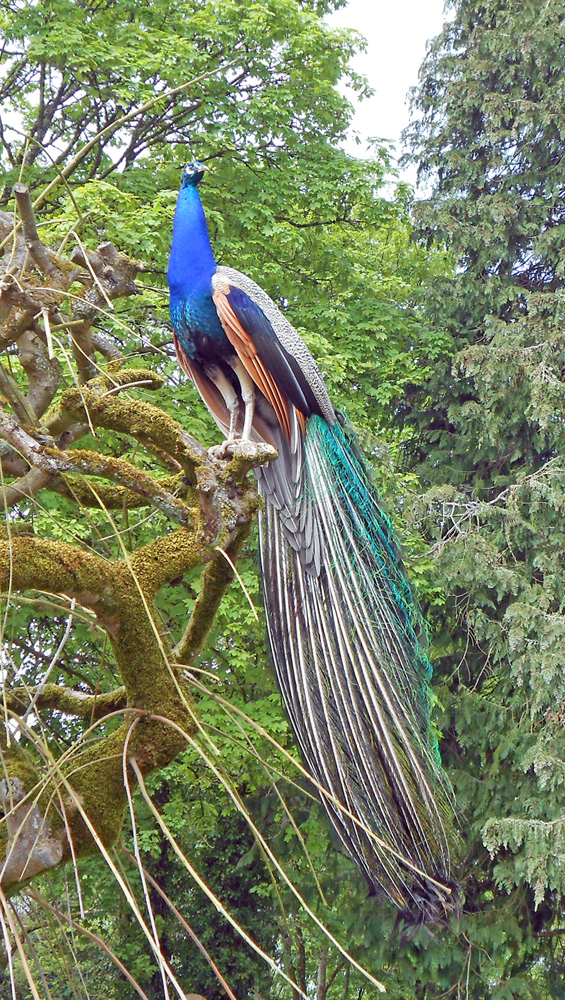 Reviews of When There Were Birds

“Unusually for a book about nature, the species in question, in this lucid story of the relationship between birds and humans, is ours … An evocative chapter, ‘Abundance’, assembles descriptions of a British landscape so vivid you feel you almost remember it … There are no dodos in this book” (Horatio Clare, The Spectator)

“The book is a beautiful, yet original portrait of the integral role played by birds throughout history, how they shaped the natural environment and our customs, literature and even folklore … Roy and Lesley Adkins are masters of their craft, welcoming readers to unexpected topics … Readers, flock to this tome. Then go and rewild! Britain’s future needs birds” (Emma J Wells, BBC Countryfile magazine)

“There is much in the way of riveting anecdotes … The fifteen chapters are fascinating … replete with anecdotes which, for me at least, made the book a page-turner. The authors … used their research skills and experience to put a different type of book together, and I am grateful to them because it is a very good read … and I recommend it” (Mark Avery, Standing up for Nature blog)

“When There Were Birds is a marvellously original slice of social history, a portrait of our ever-conflicted relationship with the natural world which we so abuse and which we cannot live without; a book beautifully balanced between wonder and warning” (Christopher Hart, Daily Mail)

“The facts and folklore of birdlife, and man’s equivocal relationship with birds, are dissected in admirable detail in this handsome new book by Roy and Lesley Adkins” (Roland White, The Sunday Times)

“I have always made time to read books by husband-and-wife writing team Roy and Lesley Adkins … This latest book is somewhat of a departure, but fascinating nevertheless … I particularly enjoyed the various references to birds at sea” (Julian Stockwin, Bookpick summer selection)

“a wonderful book … the perfect gift for Christmas this year for a bird lover … In fact, no, bird lovers are fine, buy it for someone that hates birds and see if you can turn them round” (Giles Coren, Times Radio)

“With its wide-ranging, informative text, extensive notes, and commendably comprehensive index, When There Were Birds makes its own vital contribution to our perception of our relationship with creation, providing further stimulus for us to achieve an environmental renaissance” (Richard Greatrex, Church Times)

“This book is just packed with anecdotes from the past … not only a fascinating browse of all sorts of stories about the past, but it’s a real revelation actually … I really recommend this book … I think it’s really worth looking at, it’s really going to encourage you to think about birds and the part they played historically and culturally” (Guy de la Bédoyère, YouTube)

“The sheer breadth of information reflects every part of life on earth. And that’s what makes it such a worthwhile read” (Annette Shaw, Devon Life)

“an appealing social history of Britain that charts the relationship between people and birds. There is a lot of quirky information, including that pheasants have unusual powers of hearing. In the First World War, these unwieldy creatures often gave warning of approaching Zeppelins, long before humans could hear these airship bombers” (Martin Chilton, The Independent)

“The book is absolutely packed with wonderful stories. You’ve really researched it to pieces … I hope that this book inspires and galvanises those that want to protect birds” (Steve Yabsley, BBC Radio Bristol)

Our book is included in Stephen Moss’s 2021 Round-up of Nature books, which is posted on Mark Avery’s website. You can read it here.

It is also included as one of five books in the Go Wild! books round-up of the BBC Wildlife Magazine for December 2021