Skip to content
You are here: Adkins History > Articles, Features and Pictures

Apart from books, we have also written numerous articles and book reviews for popular magazines, newsletters and newspapers, such as Ancestors, BBC History Magazine, Who Do You Think You Are? magazine, Folklife Quarterly, Folklife West, the London Archaeologist, Discover Your History, Boz in Oz, Somerset Magazine, Family History Monthly, Military History Monthly, South West Soundings, Quarterdeck, Gibraltar Heritage Journal, Jane Austen’s Regency World and Current Archaeology, as well as academic journals such as Oxford Journal of Archaeology, Britannia, Antiquity, Journal of the Kew Guild, Archaeological Journal and Surrey Archaeological Collections, far too many to list on this website, though a few details are given below of the more recently published pieces. Take a look as well at all our newsletters and blog pieces on this website.

First of all, Gibraltar-themed articles. In the spring 2018 issue of Quarterdeck, we have a feature on what to see as a visitor to Gibraltar, especially from the Age of Sail. It’s well worth downloading this free online magazine here. Another magazine article, on ‘Gibraltar’, was published in BBC History Magazine for February 2017 (in their ‘My Favourite Place’ series), in which we focused on visiting military sites on Gibraltar. In Who Do You Think You Are? magazine 130 (September 2017), we have a Gibraltar-related article on the family of Colonel William Green, who was the Chief Engineer throughout the Great Siege, and his wife Miriam Watson. It describes the difficulties and discoveries in tracing their ancestry and life together, along with tips for tracing military and Gibraltar ancestors.

In Folklife Quarterly 55 (October 2017), we have another Gibraltar article called ‘The British Salamanders’, on a ballad of that name. In South West Soundings 108 (August 2018), we have an article called ‘Fake News 1779’, on part of the attempt by France and Spain to invade southern England, which was tied up with the American Revolution and the Great Siege of Gibraltar.

With the centenary of the ending of World War One in 2018, we wrote an article called ‘The Centenary of the Sinking of HMS Britannia’, which was published in the Gibraltar Heritage Journal 24 (2018), based on John Jones, a stoker, who was rescued but died on 11th November 1918, Armistice Day. We had a follow-up piece on this topic in the Gibraltar Heritage Journal 27 (2021), with a photograph of John Jones.

Articles with other themes

Folklife Quarterly 57 (April 2018) has an article called ‘Stand to Your Guns’, a song that first appeared in the comic opera ‘The Milesian’ in 1777 and is often sung today as ‘Stand By Your Guns’. The words ‘stand to your guns’ was actually a naval order, and our article describes the song and how cannons were fired in naval battles. In Folklife Quarterly 54 (July 2017), we had an article called ‘Poor Portraits and Broken Tokens’, based on songs relating to the problem of recognising someone after a long voyage; one group is referred to as ‘broken token’ songs, where the returning sailor is not known by his beloved until he produces his half of a token. Folklife Quarterly 56 (January 2018) has a festive article on ‘The Boar’s Head Carol – and Blood Month’, and Folklife Quarterly 58 (July 2018) has ‘Footnote to Abroad for Pleasure’, expanding an article in their previous issue in order to give its fascinating historical context, including the Battle of the Nile in 1798.

In Folklife West 60 (January 2019), we had published ‘Selling Wives’, once an informal method of divorce. Folklife West 61 (May 2019) featured our article ‘The Sailor’s Dream’, a ballad about the Franklin expedition, Folklife West 69 (2022) has our article called ‘The Poor Ballad Sellers and Singers’. Folklife West for May 2020 has ‘The Saucy Sailor’, a song that is known from ballad sheets sold by Victorian street ballad performers. It probably dates from much earlier, possibly the late 18th century, but once it was adopted by Sabine Baring Gould in the late 19th century, it became a popular item in local concerts and was used in radio broadcasts to schools. Folklife West 70 (May 2022) has an article called ‘The Twa Corbies’, which is really a murder mystery.

BBC History Magazine for May 2022 has a feature called “Feather beds, cockfights and midnight flights to the moon”, in which we describe five different themes related to birds and history.

The Who Do You Think You Are? magazine (summer 2017) was a ‘Jane Austen special’, and we had an article called ‘Focus on Nelson’s Navy’, showing how to track your ancestors in the Royal Navy of Jane Austen’s time.

In Boz in Oz 15 (April 2019), we have a piece on ‘Mile End Cottage, Alphington’, about Charles Dickens and his parents in Exeter. This is the annual journal of the New South Wales Dickens Society.

Quarterdeck winter 2021-2 has a feature called ‘Birds Over the Seas’. The entire issue can be downloaded here free-of-charge, courtesy of McBooks

Over the years, we have amassed several thousand pictures, mainly 35mm colour transparencies (which we are gradually digitising) and digital images. We used to run a picture library,but no longer do so and we suggest instead that you try the picture library of photographers Mick Sharp and Jean Williamson. Their website is www.windowonlosttime.co.uk, and they have outstanding landscape photographs, prehistoric monuments and much more.

Here are a few examples of the subjects and places we have photographed ourselves. 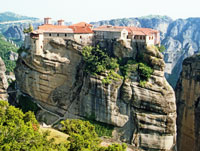 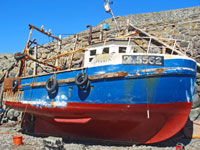 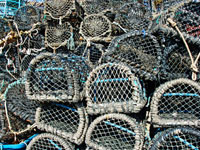 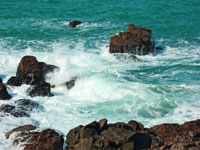