Skip to content
You are here: Adkins History > Handbook to Life in Ancient Rome

This was first published in hardback in the US and UK in 1994 by Facts On File. It was issued in paperback in 1998 by Oxford University Press. An updated and expanded version, 450 pages long with over 175 illustrations, has been published in hardback by Facts On File. This reference book provides comprehensive access to over 1,000 years of Roman rule, dealing with the archaeology and ancient history of Rome and its empire from the 8th century BC to the 5th century AD. Illustrated throughout with our own line drawings and photographs, it has nine thematically arranged chapters, an extensive bibliography within each chapter, and an extensive index. The reviews include: ‘This beautifully produced book is a marvellous encyclopedia of Roman life…. An unusual and intriguing reference book’ (The Good Book Guide).

The bestselling writer of the Falco Roman detective novels revealed in her Falco: The Official Companion that she would pick our Handbook as one of 14 books on Rome to be rescued from the floodwaters! Crammed into the suitcase with us are some rather prestigious, classic books, so we are grateful for the compliment.

‘This is an excellent handbook … The great merit of this work is its accessibility: the authors translate all the necessary Latin and assume little background on their readers’ part. Receommended for general readers, undergraduates, and even for their teachers’ (Choice [American Library Association])

‘Explanations are clear and concise and present a wealth of information. Many illustrations. High school students should especially find this a useful reference. Recommended for all public libraries’ (Reference Book Review)

The revised edition of the Handbook to Life in Ancient Rome is published in Russian in hardcover by the Moscow publisher Veche.

The book has been translated into Chinese and has been published in paperback in China by The Commercial Press. 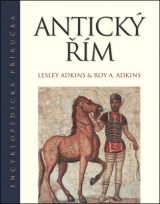 There are very few records of maps dating to the republic, although they certainly existed, many probably associated with land surveys. In the empire maps and plans were fairly common. By the time of Augustus, geographical knowledge was extensive. General maps, land surveyors’ maps and town plans were drawn to scale, often on bronze, sometimes on wood, parchment or papyrus. The Latin word for map is forma (map, plan or shape), and a world map is a descriptio (literally, a ‘drawing’). The term itinerarium pictum was also used, possibly referring to the Peutinger Table type of map or to an itinerary accompanied by paintings. A mappa is late Latin for a map, meaning literally ‘cloth’. Maps are mentioned by various authors….